With the next municipal election less than two years away and potential candidates already starting to think about running, it is likely that the municipal debt of more than $135 million is going to be a hotly debated issue.

Jennifer Stover, director of corporate services and a 30-year veteran of municipal finances, believes the city debt is being well managed and that much of the debt is “good debt” that will benefit the city in the long term. 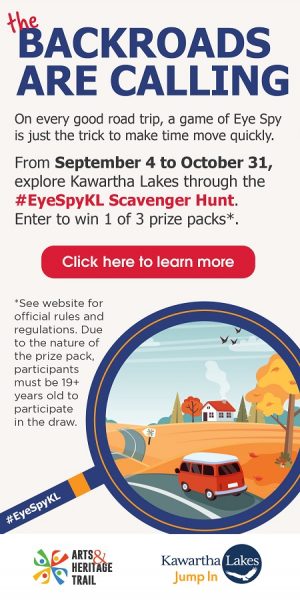 Those who believe the city has a debt problem focus almost exclusively on two numbers: the total accumulated debt of just over $135 million and the $10 million a year that the city pays to service this debt. Both numbers appear to be large and unsustainable to the average citizen.

Stover understands the numbers are high but believes there is a much different way to look at city debt. Stover begins her explanation by sharing that the city has total assets of $3.2 billion made up of buildings, equipment and material required to do the business of running Kawartha Lakes. The net worth of the municipality helps determine its power to borrow and take on debt.

“There is a provincial limit on debt principal and interest that a municipality can carry,” Stover continued. “This number cannot be more than 25 per cent of what the city takes in as taxation. Kawartha Lakes could, if they wanted, take on a debt of closer to $500 million based on the provincial formula which we clearly have no intention of doing.”

How we compare to other cities

Stover tried to simplify the issue using the household analogy of a mortgage.

“By provincial statute the municipality cannot run a yearly operating deficit,” Stover added. “The city on a year-to-year basis must be in a surplus position. The city has made the responsible decision to take on debt borrowing from Infrastructure Ontario (a provincial crown corporation) to pay for and maintain city projects that have an extended useful life like roads, infrastructure, city-owned buildings and water and wastewater improvement.”

“We want to keep taxes down in the short term so it is much preferable to take on long term debt and, like a home mortgage, pay for it a little bit at a time,” Stover said.

Currently the $135 million debt is split into five buckets. The first is tax-supported capital of close to $48 million. The second is water and wastewater-supported capital of almost $43 million. All these new municipally managed and supported water systems became necessary post-Walkerton and are mandated by the province. The third bucket is social housing at close to $11 million. The fourth is the debt on the Northwest Trunk of $10 million that will be re-paid by builders through development fees as subdivisions accessing the line begin to be built. The last bucket is development charges that are the roads, sewers and streetlights provided by the city to make new residential and commercial construction possible.

“Many of these projects are ‘good debt’ for a couple of important reasons,” Stover said during a telephone interview with the Advocate. “Good debt is something that lasts a long time, typically an asset that is around longer than the term of the loan. Good debt also includes municipal projects like social housing and water and wastewater where there is income coming back from those using the asset that will help pay down the debt associated with the project.”

Stover describes the city debt as “reasonable” and “not really that big at all.” Despite that, the director says the city is looking to create a long-term debt strategy plan based on decade-long blocks of time. It will be up to the city, using the debt strategy as a parameter, to determine “what projects the city can comfortably allocate debt to.”

“We also want to create a strategy about ensuring there are adequate yearly reserve balances,” Stover said. “We would rather be proactive than reactive. But we have to remember that even these kinds of plans change. Things like pandemics come along and you will have to manipulate and massage the numbers based on what the reality is. We want to create a big picture look and understand debt right across the organization.”

Stover expressed concern about the elimination of a provincial transfer to the municipalities that was being discussed by the Ford government before the pandemic struck.

“If that transfer is eliminated it would cost Kawartha Lakes $7 million in revenue. That money would be almost impossible to replace. To make up for that lost money we would have to look at a five per cent to six percent increase to the tax levy or we would have to look for efficiencies and likely there would be a reduction in services to make up the shortfall.”