For the first time since the advent of the United Farmers of Ontario movement at the end of the First World War there are seemingly legitimate challengers to the monopoly of support of the Progressive Conservative Party.

Two newly branded conservative movements, the Ontario Party and the New Blue Party of Ontario, are fielding candidates in Haliburton-Kawartha Lakes-Brock for the June 2022 provincial election and their mere presence on the ballot has the attention of many who follow Ontario politics. 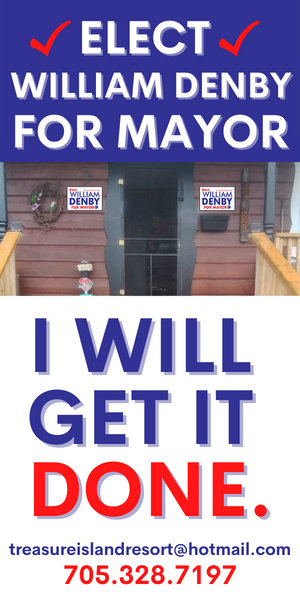 In an interview with MPP Laurie Scott in April, the Advocate asked Scott what she thought about the appearance of these new conservative political movements.

Scott said the party was well aware of their existence, but wondered if their impact on the election might be to simply elect more politicians from political parties that they dislike more than Premier Ford’s Progressive Conservatives.

338Canada.com has Scott leading in HKLB by almost 40 percentage points amongst decided voters. Scott’s electoral chances would only minimally be impacted by some of her traditional vote being siphoned off by the OP or the NBPO.

However, the same thing cannot be said in Peterborough-Kawartha or Northumberland-Peterborough South where the sitting Progressive Conservative MPPs are in neck and neck races with their Liberal challengers. In both ridings 338Canada.com has the incumbent Conservatives leading by only two percentage points. If the NBPO and the OP were to bleed off some of those traditional conservative voters a splintered right-of-centre vote could easily hand those races and others to opposition candidates.

Polling companies are watching the impact these two new parties will have in a number of very closely contested Progressive Conservative races particularly in the 416/905 belt in and around vote rich Metro Toronto.

Locally, Kerstin Kelly will be running for the Ontario Party in HKLB while Ben Prentice will carry the colours for the New Blue Party of Ontario.

Kelly and Prentice agree on more issues than they disagree.

First, both have harsh words for Premier Doug Ford, his Progressive Conservative party, and its local representative, Scott.

“Doug Ford has brought the Progressive Conservative party so far left of centre, that they are no longer conservative,” Kelly added.

Kelly accuses the Progressive Conservatives “of a lack of truth and transparency,” implementing legislation like Bill 100, the Keeping Ontario Open for Business Act, passed in response to the trucker’s protest in Ottawa.

“(Bill 100) now removes due process and responsibility from police actions allowing for arrest, imprisonment and seizure of property, bank accounts and more without charges,” Kelly says.

Kelly and Prentice both worry that Bill 65, which changes some of the governance rules for Ross Memorial Hospital, will lessen transparency and accountability in regards to the delivery of medical care in HKLB.

Prentice goes one step further, focusing on Bill 195 that allowed for vaccine passports. The NBPO candidate said that Ford “acquiesced and is allowing Ontarians’ basic rights and freedoms given to us under God and guaranteed by the Charter of Rights and freedoms to be stripped from us (by the federal Liberals.)”

Both candidates are likely looking for support from those in HKLB who supported the federal People’s Party of Canada earlier this year. While the PPC did not win any ridings outright, they did collect almost a million votes and according to member of parliament Jamie Schmale, may have cost his federal Conservatives seven to nine closely contested seats by splitting the right-of-centre vote.

Provincially, both of these parties feel that ideological conservatives in Ontario have no one to vote for.

Prentice plans to campaign on a platform of slashing business red tape, reducing the HST by 3 per cent, eliminating the “Doug Ford carbon tax” and reducing electrical rates by taking down wind turbines. Prentice favours rehiring all health workers who have been laid off because of their refusal to get vaccinated. Prentice opposes abortion. In the field of education, he would like to ensure the highest quality of education by removing “woke activism from schools. We can do this by stopping Critical Race Theory and Gender Identity Theory from being taught.” The NBPO favours parental choice by promising a plan that offers alternative schooling tax credits to parents who pull their students out of public schools.

Kelly’s platform focuses much more on public accountabilities for government actions, including the introduction of recall legislation for MPPs. Kelly wants to see more money and more programming available for those who are suffering from mental illness, opioid addiction and alcohol abuse brought on by the pandemic.

She also wants to see the government get their financial house in order so they can deal with serious province wide issues like lack of housing, homelessness and imminent bankruptcies of businesses across the province.