Sir Sandford Fleming College President, Tony Tilly, is aware of the skills shortage phenomenon affecting Lindsay and other small towns that have seen their manufacturing base shrink. 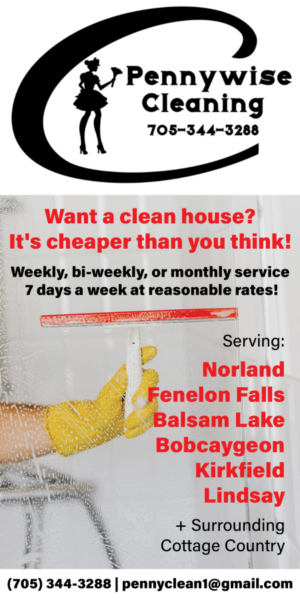 “We’ve been aware of this issue for a number of years,” Tilly says, pointing out that the college system commissioned a report in 2010 entitled ‘People Without Jobs, Jobs Without People.’

Some of the report’s observations include that “we are headed to a situation where large numbers of people will be looking for work but cannot find it because they lack the skills required.”

“At the very same time, an even larger number of jobs will go unfilled because there are not the skilled workers qualified to fill them,” the report says.

The college president says they have tried to use their “advisory system” to connect with employers who then advise Fleming on what changes they should make in their program and course content.

“We want to know where the shortages are, and how we can reduce this,” says Tilly.

Tilly says with major changes in workplaces due to automation, self service, and digitization, “work that used to be done in certain ways is rapidly changing.”

Some of the key areas where Frost Campus in Lindsay has tried to remain relevant are in their Fish and Wildlife Technician program, which “continues to be a large draw,” and the Geographic Information Systems (GIS) course. The Forestry Technician program also remains a big part of Frost’s success.

One of Frost’s newest programs is its Advanced Water Systems Operation and Management course.

“This is a highly regulated field, so it’s a good example of where field-specific skills are critical and how we’ve responded to employer needs,” says Tilly.

Fleming’s president says the college is there to teach specific skills through their programs, but he is also aware that employers are asking for more soft skills from employees.

“We’re also here to help people develop those softs skills so they can work with others, collaborate, and communicate well,” and engage in creative problem solving, he says.

Tilly says it’s an ongoing challenge to figure out where the “work of the future” will be, and he notes increasing partnerships with universities is another way post-secondary accreditation can remain as relevant as possible.

In the ‘People Without Jobs, Jobs Without People’ report, they note the same imperative:

“There is a recent and interesting trend by which Ontario colleges are becoming “finishing schools” for four-year university graduates. Students are increasingly completing a degree and then enrolling in a one or two-year postgraduate certificate or diploma program in a college.”

Likewise, graduates of the Environmental Geoscience program at Trent, which was recently approved by the Ministry of Advanced Education and Skills Development, can enter the fourth semester of ERT. Within this pathway, students would need to complete semesters four and five as well as a 645-hour co-op to receive their diploma.

Episode #30 - Y or N to ATVs on Lindsay streets? Innovative farmers get support – the financial kind. Taking textile recycling to next level. Project 116 + is A-1. A well-defined new word.