At the October 29 Special Council meeting, Council heard presentations from the agencies and boards whose budgets are supplemented by the municipality. Due to pressures for the 2020 budget, Council had requested all agencies and boards submit their budgets with a zero percent increase over 2019 levels. In total, $25 million, or 12% of the municipality’s total operating budget is allocated to the services provided by these organizations.

Police Chief Mark Mitchell and Don Thomas, Chair of the City of Kawartha Lakes Police Services Board presented the proposed 2020 budget, noting the Board has kept to the zero percent increase requested by Council. Mitchell explained the pending reduction of funding from the Ministry of Public Safety and Security for three officers posted at the Central East Correctional Centre. The $443,000 reduction was just recently announced and is being discussed with the Ministry with the intention of reversing the decision. 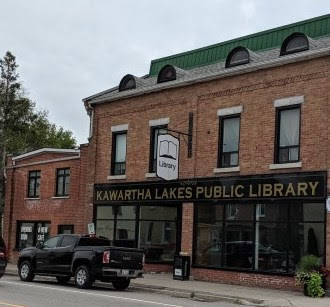 Jamie Anderson, Kawartha Lakes Library Board CEO highlighted increases in branch visits over the last several years, with an average of approximately 230,000 visitors a year. Demand for digital services is on the rise, including computer and WIFI access and e-books. Programming has increased and is highly valued by residents. Programming includes speakers’ series, technology classes, summer reading clubs, sewing classes and much more.

These programs impact quality of life for residents of all ages. The Omemee branch underwent a facelift with the Million Dollar Makeover funding program and has become an anchor in downtown Omemee. Highlights for 2020 will include the Bobcaygeon branch relocation and the Fenelon Falls branch renovation and expansion. The budget request of $2 million is in line with 2019, with the exception of a new Manager of Public Services position, increasing the budget by $113,000. This position would assist the CEO in the day to day operations, development and training of 25 full-time equivalent positions, programming, community partnerships and more. The funding for this position will be considered as a decision unit in budget deliberations.

The Lindsay Downtown Business Improvement Area (BIA) was presented by Melissa McFarland, General Manager and Charlie MacDonald, Chair. The BIA has requested the same budget as 2019, $143,000, noting that the budget is spread across administration, marketing and promotion of the many popular events sponsored by the BIA.

Recent improvements have attracted the RCMP to use the airport for criminal transfers to the Correctional Centre. A relationship with the Canadian Armed Forces has led to the use of our airport as a fuel stop. Other services include flight training, scenic tours, field trips, hosted events, restaurant, gift show and supplies store. A new profit centre for 2020 is the addition of privately owned hangars. The budget request is at zero percent increase.

The Kawartha Lakes Health Care Initiative budget was presented by Board President Barb van der Veen, who reviewed the doctor recruitment needs of the community. Currently 28,000 residents are without a family doctor. With 10 doctors set to retire in the next few years, some may need to be replaced by approximately twice that number. New physicians’ practices are varied as they also assist in Emergency Departments, Operating Rooms and other duties, leading to somewhat smaller patient rosters. Funding is held to 2019 levels.

The Cultural Centre Committee Working Group was represented by Susan Taylor, Chair and Bev Jeeves. The group is requesting a partnership with the municipality to develop a working committee to explore the feasibility of building a cultural centre(s) to serve the community. It is asking for $50,000 from the municipality to match a private donation, for a total of $100,000. If approved, a Steering Committee would then be struck, with a feasibility study underway in the spring to determine the best fit for the needs of the community.

Agencies not present at the meeting submitted budgets as follows:

A copy of the proposed 2020 Budget will be available on on the Budget and Finance page on November 1, 2019.

The next budget meeting will be held on November 13 at 7 pm, at the Fenelon Falls Community Centre, 27 Veterans Way, Fenelon Falls.

After years of touring the world with an internationally-recognized and highly-respected band, Darryl James decided it

Since the murder of George Floyd on May 25 in Minneapolis, U.S., Black Canadians and their

In 2019 the city collected a little over $139 million in taxation
Kawartha Lakes Chief Administrative Officer Ron Taylor said the city’s priority was
By a vote of 8-1, Kawartha Lakes council passed a sweeping by-law
Hope Lee, manager of human services–housing, shared a report with council laying
Aaron Sloan, manager of municipal law enforcement for Kawartha Lakes, had charitable
Go to Top

After years of touring the world with an internationally-recognized and

Since the murder of George Floyd on May 25 in